Some keep them in Kennels we have them in our home.. 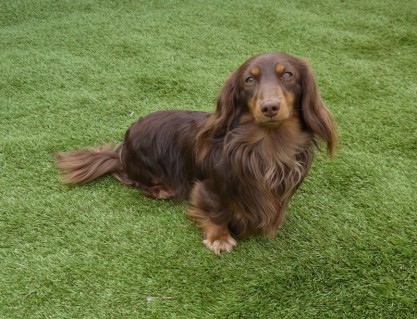 Coco our Miniature Long Haired Dachshund Stud wins his qualification for Crafts 2015 on his first attempt as an adult dog at the East of England Championship show !

Coco Wins an Entry to Crufts 2015 at the East of England Championship Show. 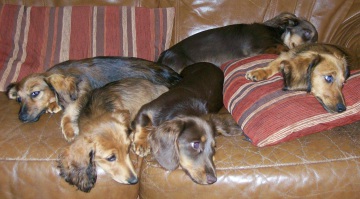 Some use cages.. we use our settee... 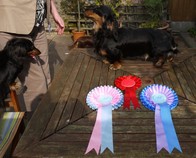 Minnie at her first ever show at Six Months old Black n Tan Bitch  won Three Awards , at the Wickford Basildon Open Show, as show in th epicture, while her mum "bonnie" proudly looks on ! The awards are :

No surprises there with a champion father ! 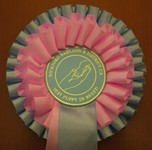 Here at CheniesVilla all our dogs live as an extension to our family.

All the dogs live with us and are raised as normal family pets unlike some commercial breeders who restrict them in their crates.